7 Reasons You Should Get a Fuse Box Upgrade in Chelmsford

7 Reasons You Should Get a Fuse Box Upgrade in Chelmsford 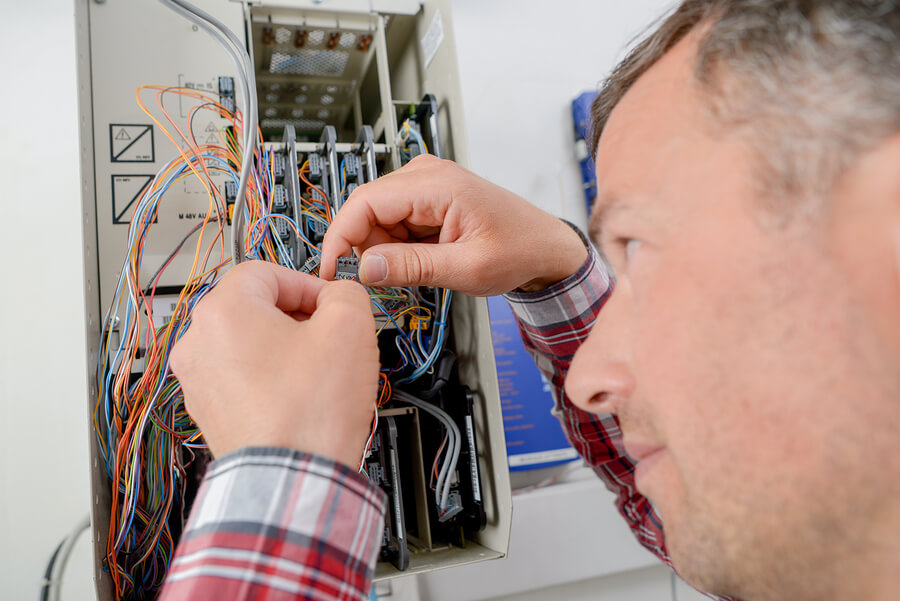 Fuse boxes were an important part of your home’s electrical system. If something goes wrong with your system, the fuse blows in order to protect the system from an overload or short circuit. However, they’re now old news and generally worth replacing with circuit breakers. It may work fine, but there are some good reasons to make the jump. Ryan Gath Electric can give you some good reasons to get a fuse box upgrade in Chelmsford.

Here are seven reasons you should get a fuse box upgrade in Chelmsford:

If you’re going to get an add-on for your home, a circuit breaker is definitely worth buying. The new part of your home is going to need more power to run electronics. Odds are your fuse box isn’t going to be able to handle the new load.

Many home insurance companies consider fuse boxes to be an out-of-date safety feature. Because of this, homeowners with fuse boxes may have trouble keeping their coverage in force. Those that do get coverage are more likely to have expensive premiums.

The average American home today uses 150-220 amps to power all of its electronics. Meanwhile, fuse boxes generally max out at around 100 amps. Trying to use a fuse box with a modern house is highly inconvenient and also a fire hazard.

When the fuse or circuit box turns off your power, what do you do? If it’s a fuse box, you have to replace your burnt-out fuse with a fresh one. This means you have to have a stock of them on hand or be willing to rush out to the hardware store. With a circuit box, you simply have to flick a switch, which is way more convenient and cheaper.

When replacing a burnt-out fuse, you have to replace it with one that’s the correct size amp. It’s actually possible to put one in that’s a higher size than what the box is equipped for. However, this leads to a higher risk of electrical fires. With circuit boxes, you don’t have to replace fuses and can avoid this DIY risk.

GFCIs (Ground Fault Circuit Interrupters) are a kind of outlet that protects users from electric shocks caused by faults in devices plugged into the outlet. However, they only work with circuit breakers. Fuse box users won’t be able to make use of them.

How can Ryan Gath Electric help me with my home’s electrical system?

Ryan Gath Electric has been helping homeowners around Chelmsford, MA with their electrical problems for 9 years. Updating your home’s fuse box is a task that should never be done without a professional’s help, and our company can provide that professional. The upgrading process is difficult, but we can provide high-quality help that’ll keep you and your home safe. If you’re looking to get a fuse box upgrade in Chelmsford, make Ryan Gath Electric your first choice!